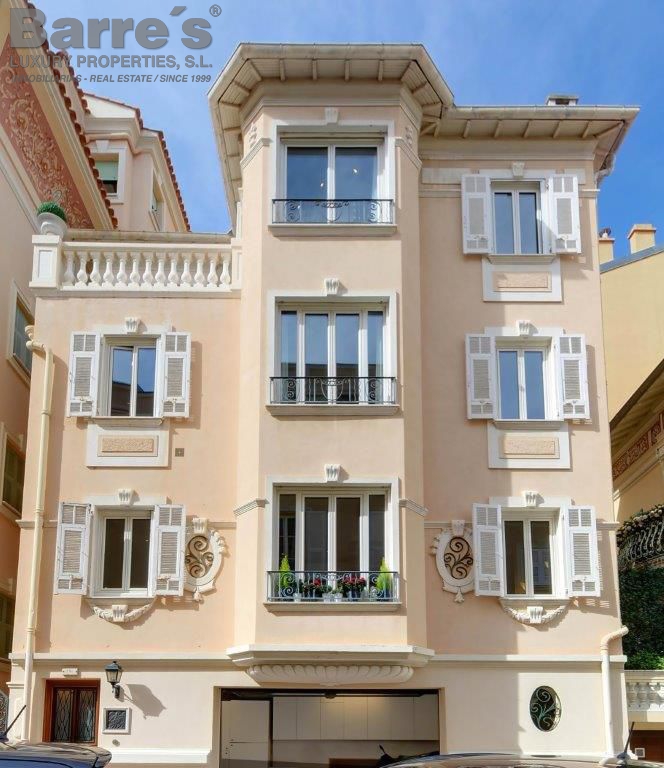 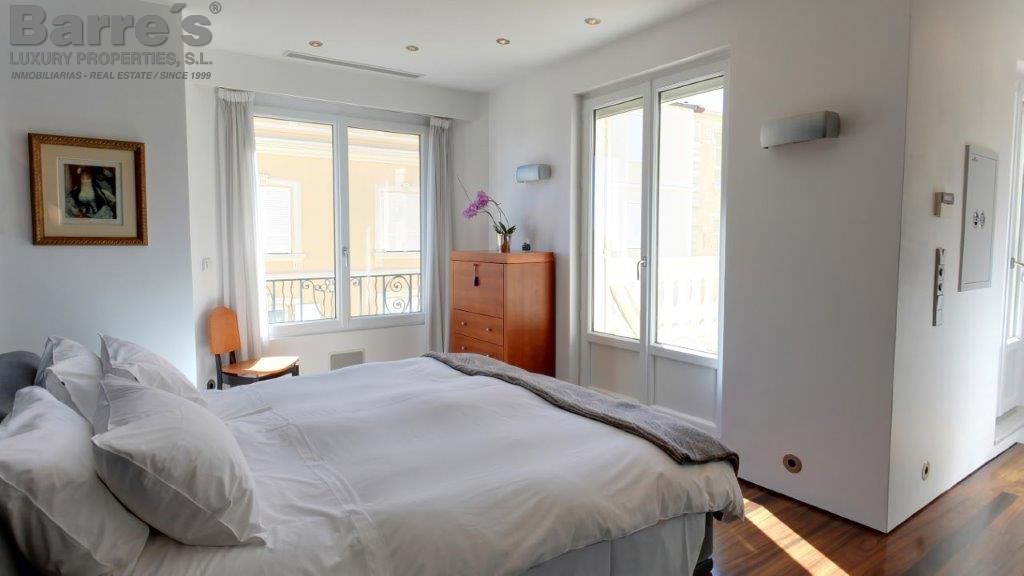 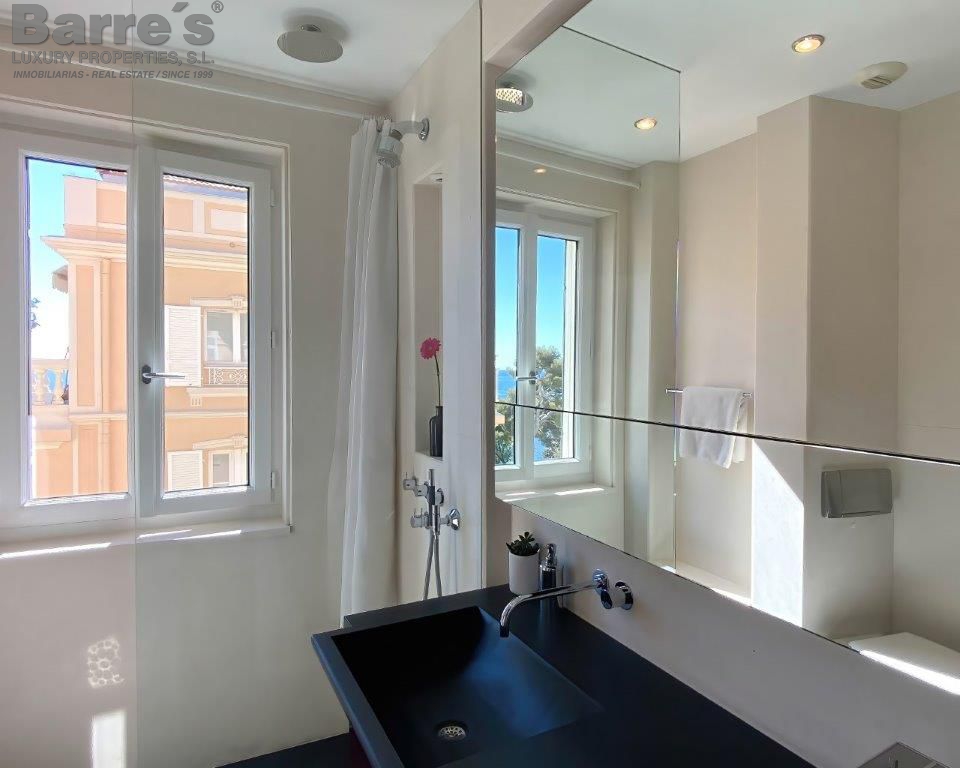 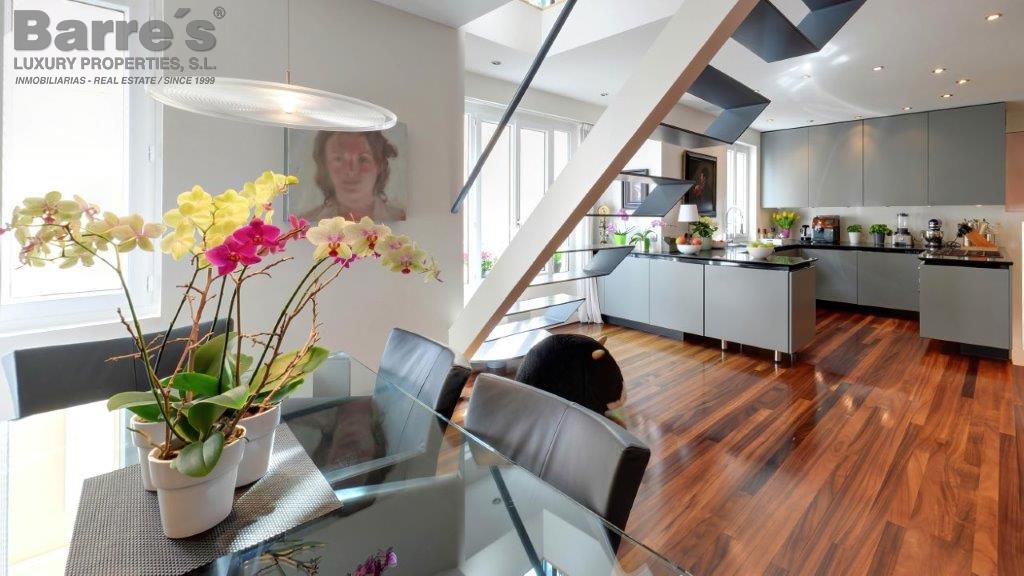 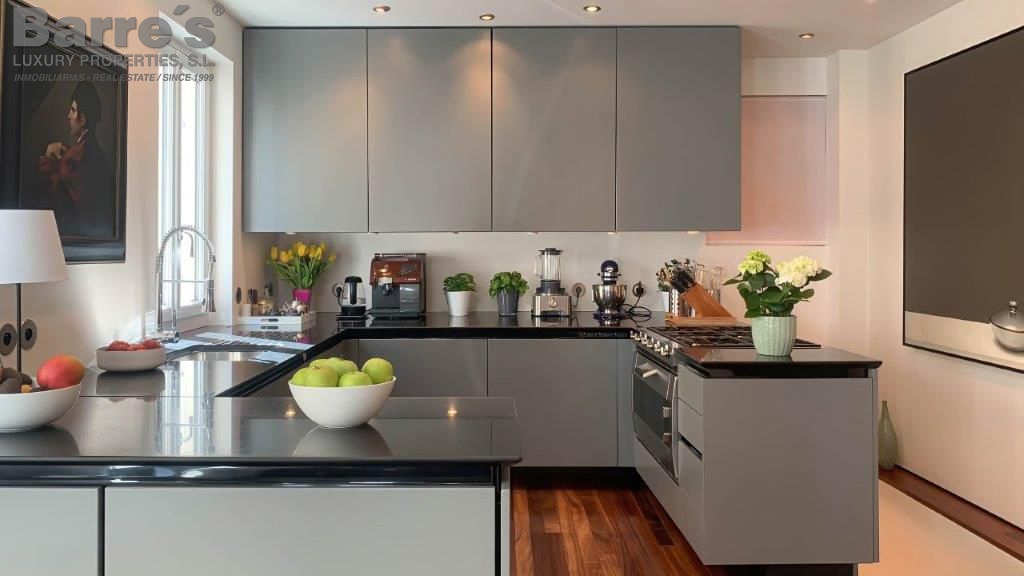 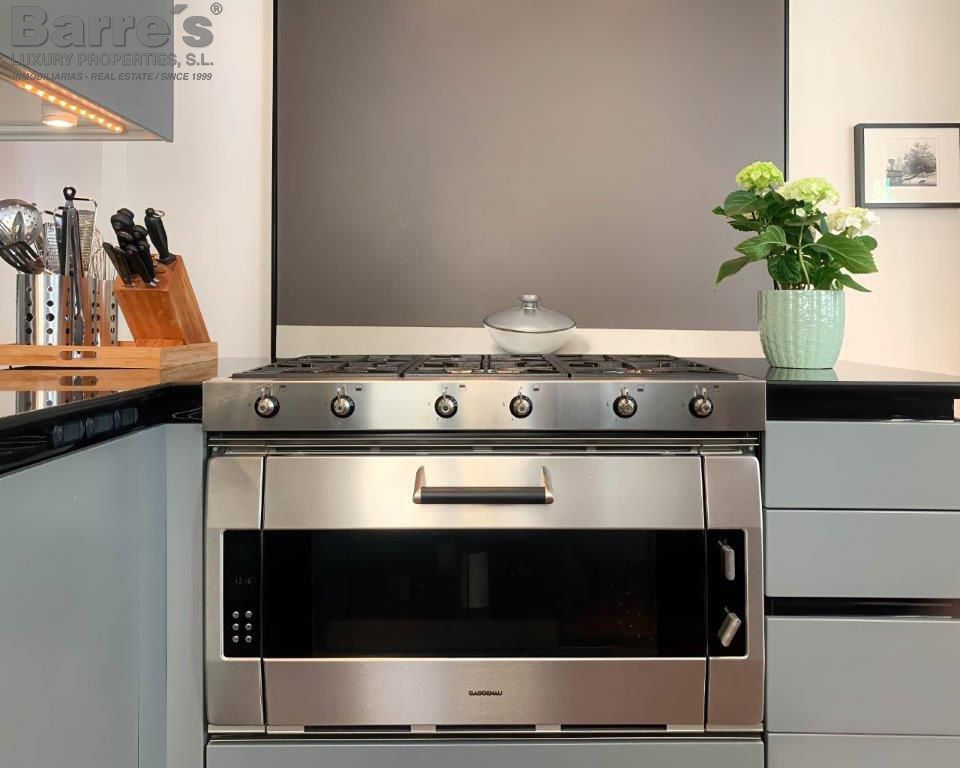 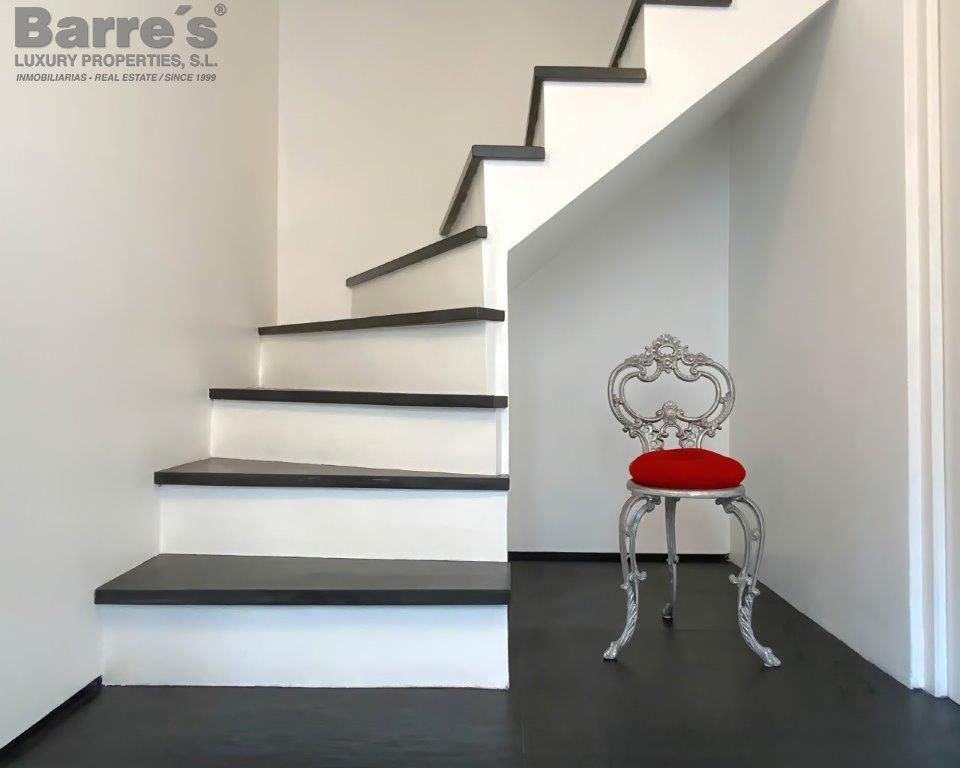 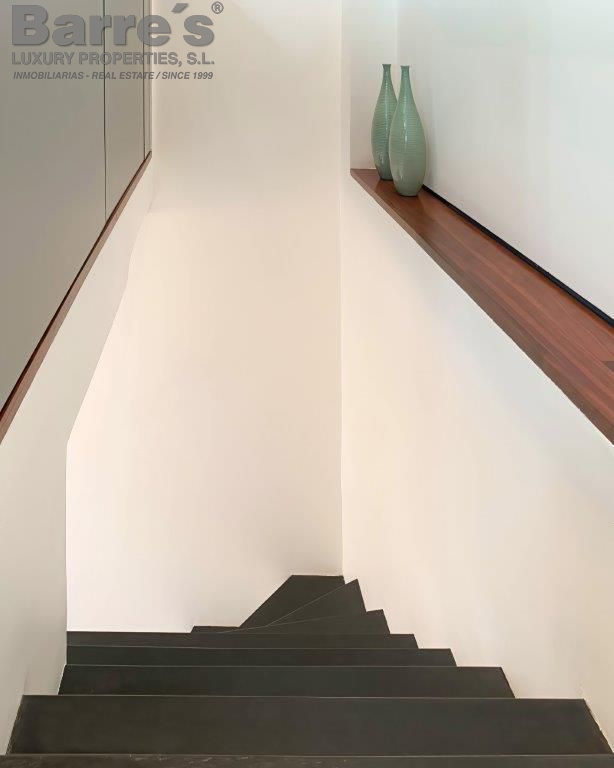 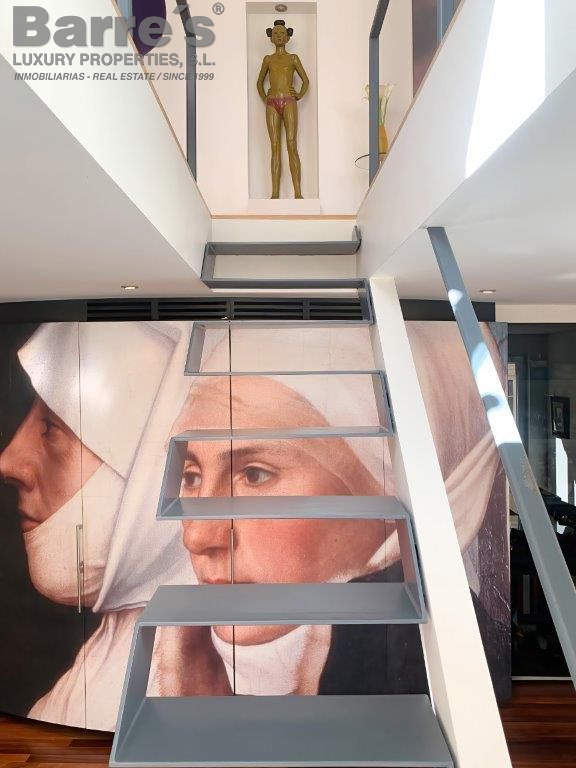 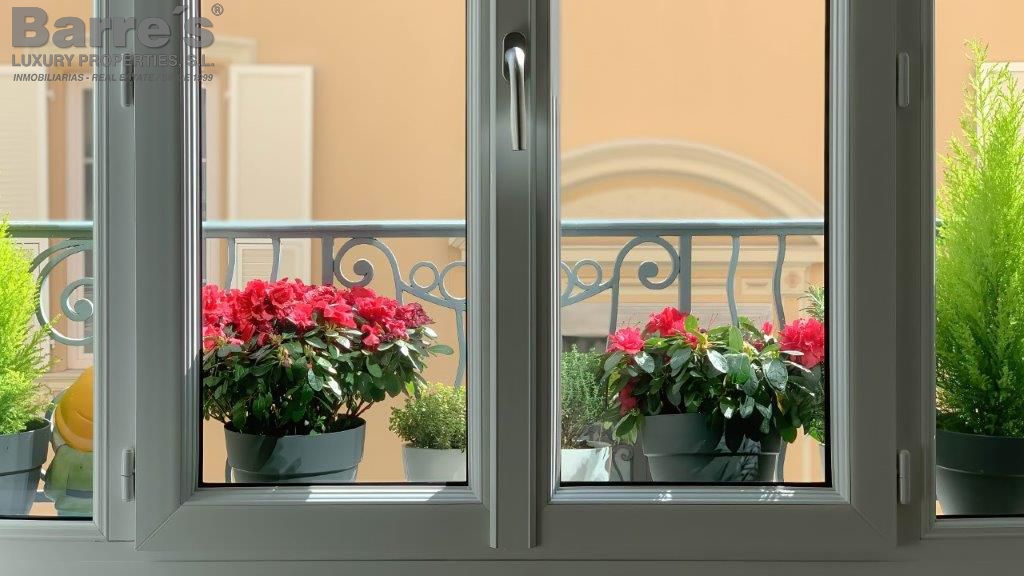 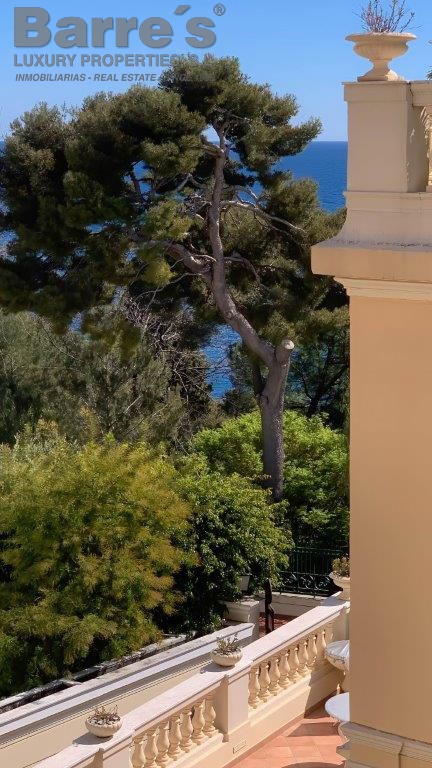 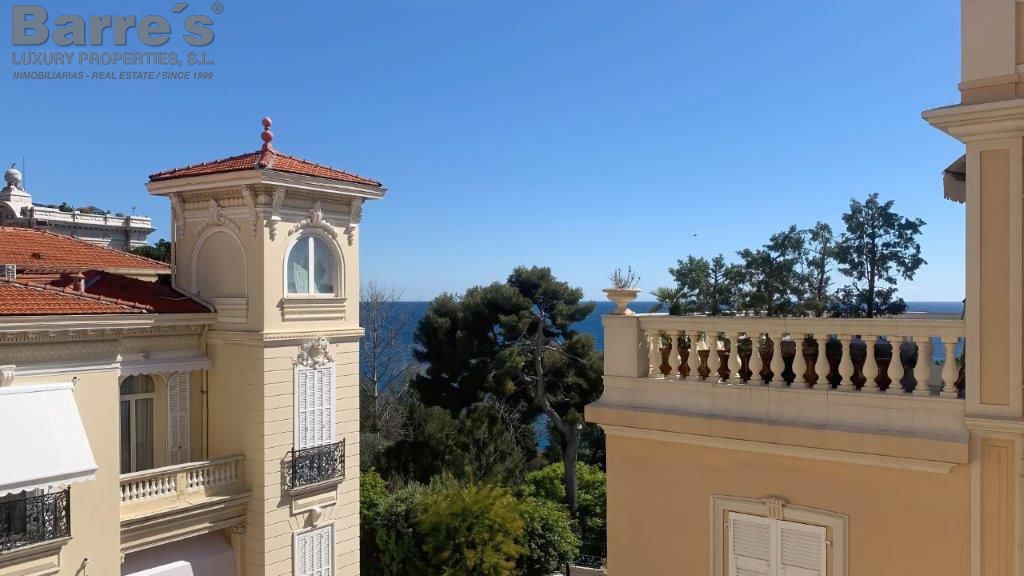 MONACO VILLE. LE ROCHER.
A property for discretion and peace, free from co-ownership, this is your chance to purchase a hassle-free stand-alone villa within the historic setting of Monaco-Ville.

For those wanting to find tranquillity and privacy within the busy Principality of Monaco, Le Rocher provides just that. A short distance from the Princely Palace, these 4 storeys south facing villa benefits from the highest levels of security provided by the local Monaco police. To enter Monaco-Ville by car you have to pass a police checkpoint and are only allowed to drive up if you have Monaco license plates or a special reason to be visiting. This is attractive to those who seek security as a priority.


The villa is tucked away on a quiet road with the ground floor operating as a garage space large enough for two small cars or one larger car and motorbike. The entrance hallway is also located on the ground floor and has a staircase leading to living quarters.

The first floor comprises a fully equipped kitchen with full-range gas cooker and oven, dishwasher and plentiful cupboard space to keep the countertops looking fresh and inviting. On this floor there is also a dining area which can comfortably seat 8 people and a guest WC cleverly hidden away behind a false wall.

The property has been beautifully refurbished by the previous owners and has interesting architectural features throughout. A floating staircase leads up to level 2 which is the lounge and office space. The office could be closed off to create a separate bedroom with shower room if needed. The living room has another washroom with shower hidden again behind a false wall with a creatively designed door.

A spiral staircase leads to the master bedroom level (level 3) which is generous in size and features a built-in high security wall safe. The bedroom comfortably houses a king size bed and opens onto a beautiful stone balcony perfect for enjoying the Côte d?€?Azur sunshine. Off the bedroom there is a walk-in wardrobe which then leads onto the en suite bathroom which has been finished with an alluring black stone. The shower looks out to sea, meaning you will enjoy waking up and ending the day with a stunning view.

The whole house is fitted with an internal speaker system that makes the property perfect for hosting parties and friends and there is underfloor heating throughout.

The owners are currently seeking planning permission to add an extra level (level 4) which would add approximately 45 sq m to the property. This level will benefit from outstanding views over the sea to Cap Martin and Italy.

Monaco Ville was originally called Monoikos in Greek, after the temple of Hercules Monoikos, located in a 6th century BC Phocaean colony. During its history, Monoikos changed hands numerous times. It became Monaco in the Middle Ages. Some of the original city walls and structures still remain.

It was here that the Phocaeans from Massalia (now Marseilles) founded the colony of Monoikos in the 6th century B.C. Monoikos was associated with Hercules, who was revered as Hercules Monoecus.

According to the works of Hercules, but also according to Diodorus of Sicily and Strabo, the Greeks and Ligurians reported that Hercules had passed through the region.

On June 10, 1215, a detachment of Ghibellines led by Fulco del Cassello began construction of a fortress on the rock of Monaco in order to make it a strategic military position and a means of controlling the area.

They also established dwellings at the base of the Rock to support the garrisons. To attract the inhabitants of Genoa and neighboring towns, they offered land and exempted newcomers from taxes.

On January 8, 1297, François Grimaldi, a descendant of Otto Canella, consul of Genoa in 1133, took over the fortress. Although he had a small army, he disguised himself as a Franciscan monk to enter, before opening the gates to his soldiers. This episode gave rise to his nickname, Malizia ("malice"). This is why today the arms of Monaco bear two Franciscans armed with a sword.

The name "Monaco-Ville" is misleading: it is not a city or a village per se, but a historical and statistical district. It houses most of the country`s political and judicial institutions: the town hall, the seat of government, the National Council (Monaco`s parliament), the Municipal Council and the courts.

It is also part of Monaco`s architectural cultural heritage. The Palace of the Prince of Monaco (Palais), the Cathedral of Monaco, and the Oceanographic Museum of Monaco are located here. The neighborhood is located at 43º44`15" North, 7º24`55" East (43.7375, 7.415278). Its population is estimated at 1,151 inhabitants.
The neighborhood, also known loosely as "le Rocher" or "the Rock", is one of the four traditional districts of Monaco, the others being La Condamine, Monte Carlo, and Fontvieille. However, in current administrative terms, it is one of ten districts.

Monaco Ville is an old fortified sector situated on a rocky promontory extending into the Mediterranean Sea. The ancient name of the city of Monaco was Monoecus.

The changing of the guard takes place every day outside the Palace at 11.55 am. Next to the Palace is the Cathedral of St. Nicholas, a neo-Romanesque-Byzantine style building that houses the tombs of many of the princes, such as those of Princess Grace or Prince Rainier III. Monaco-Ville boasts the world-famous Oceanographic Museum of Monaco, which was founded in 1910 by Albert I, who came under the direction of Jacques-Yves Cousteau.

One of the oldest buildings in the Principality, the Chapel of Mercy, in French Chapelle de la Misericorde, built in 1639, is famous for being the starting point of religious processions by the inhabitants on the eve of Good Friday.

Despite being located in one of the most densely populated countries, Monaco ville remains a medieval village, as most of its streets are pedestrianized causing a virtual silence after sunset. However, countless tourists visit Monaco and the Palace Square, only local vehicles are allowed to climb the rock and motorcycles are forbidden after 22.00.

The Principality of Monaco stretches along the Mediterranean, located in the southeast of France about 20 km northeast of Nice and 8 km from the border between France and Italy. It has long since become a playground for the rich and famous, thanks to the location of its port, its casinos and its lack of taxation.

Since 1297, with some interruptions, it has been ruled by the Grimaldi house, the oldest reigning house in Europe. Albert II is the current sovereign, having acceded to the throne after the death of his father, Rainier III. The enthronement of Prince Albert II took place in this district on November 19, 2005.