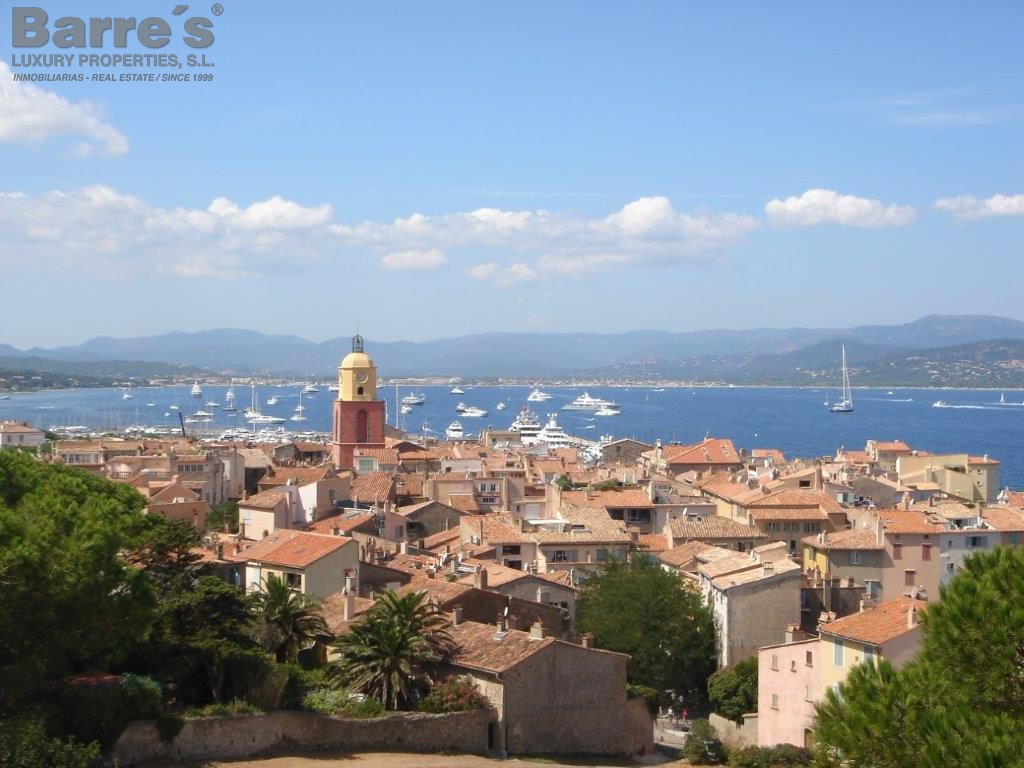 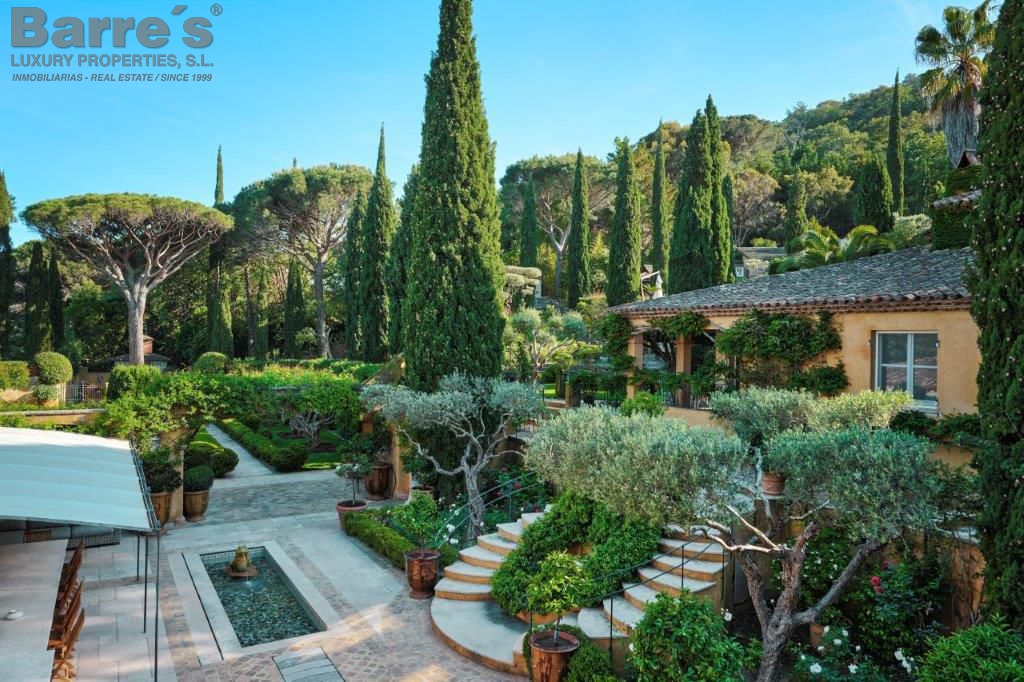 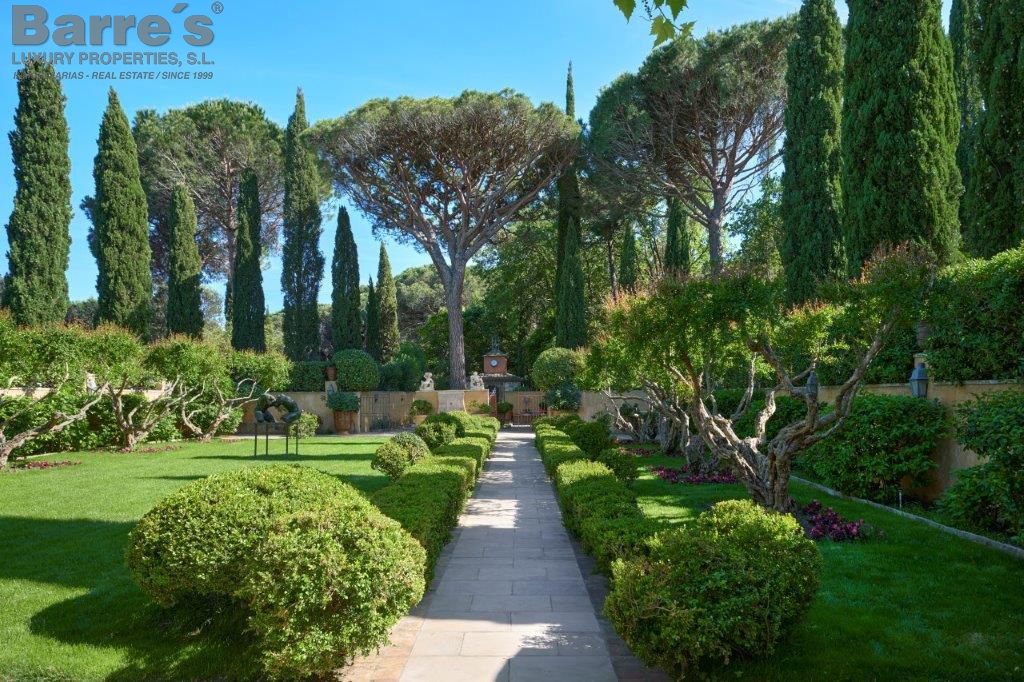 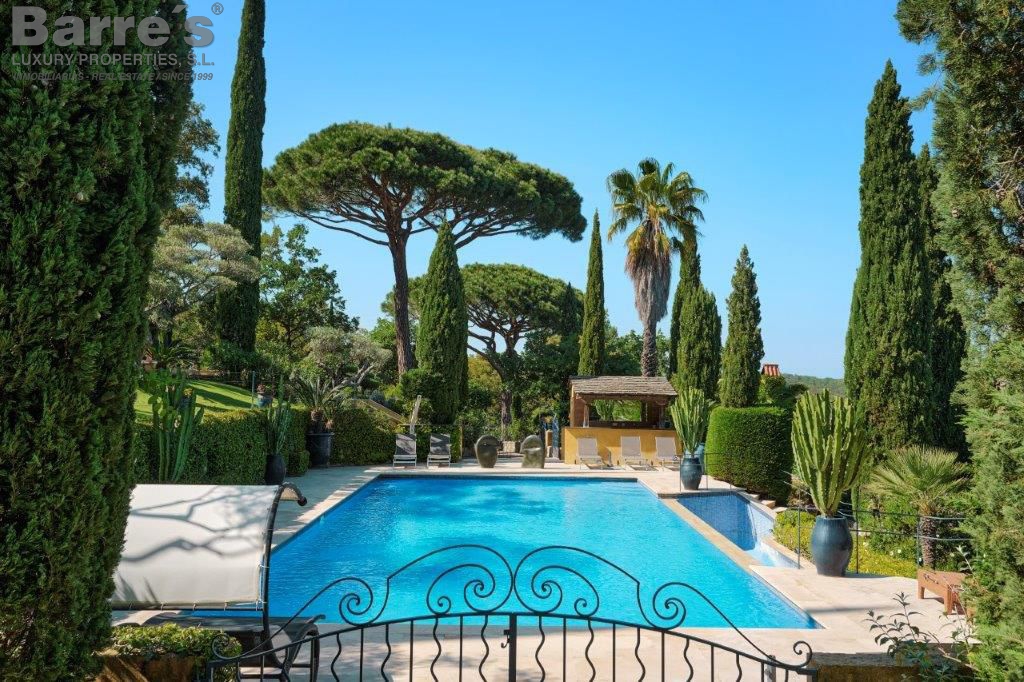 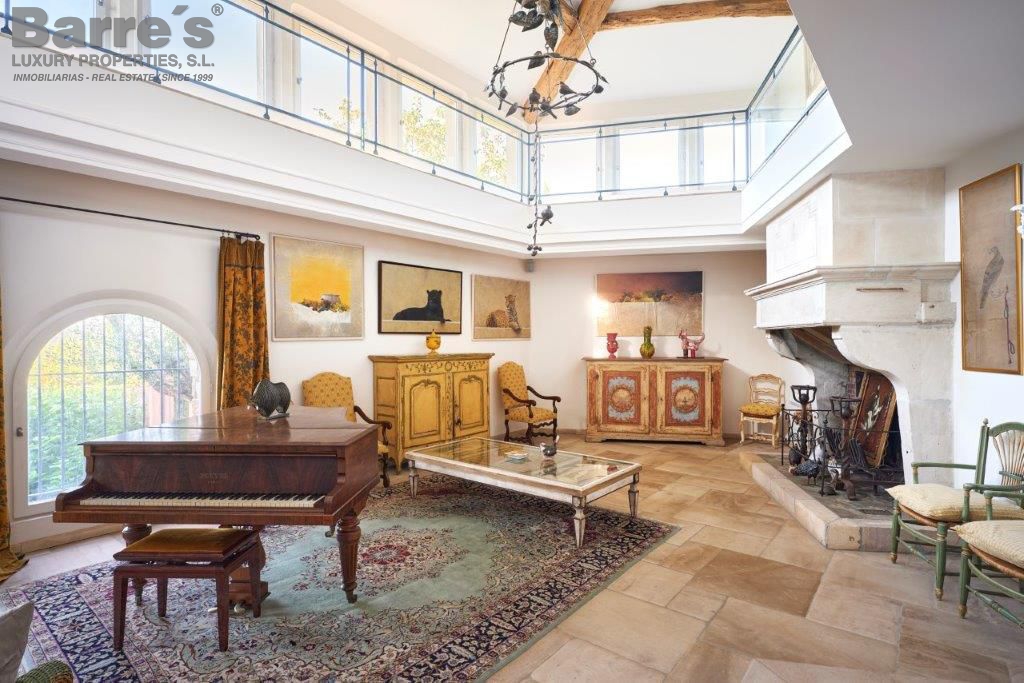 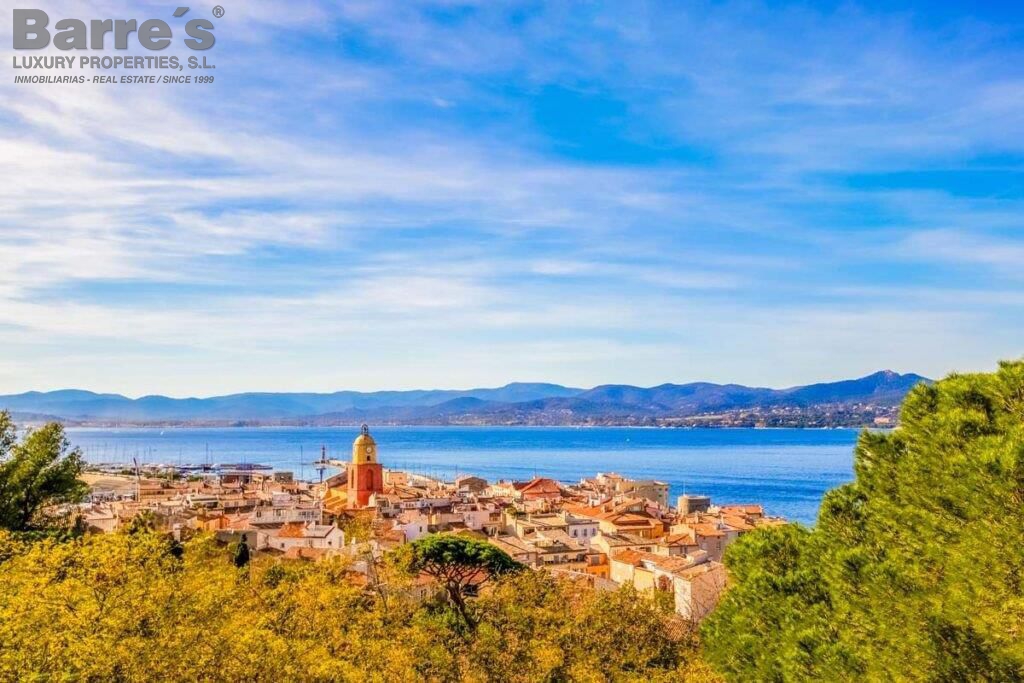 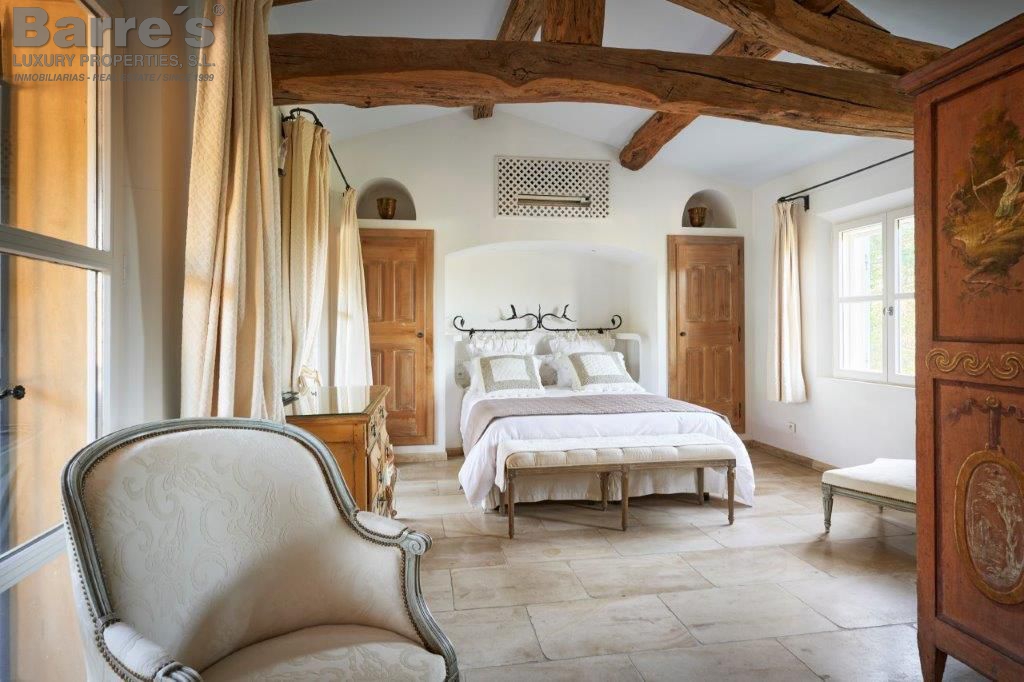 Exceptional provencal style property located in a buccolic setting ideally situated for the beaches. For sale via Barre`s Saint-Tropez.

Sumptuous exceptional property, located in the heart of the countryside of Ramatuelle, nestled in lush greenery and ideally located close to the beaches of Pampelonne.

The property extends over more than 2 hectares of landscaped land with terraces and fountains with:

A main house in a hacienda, with a given surface area of around 480 m², consisting of a reception room with fireplace, 8 en-suite bedrooms, an artist`s studio with a cathedral ceiling, an office, a gym, a jacuzzi and a games room.

A chapel, a " bergerie" offering 2 bedrooms with a swimming pool and a guest house with 2 bedrooms.

To perfect the place, the property has 2 magnificent swimming pools, a sauna with hammam and a tennis court.

Ramatuelle is a medieval picturesque village huddled up to the hillside in the heart of nature. It is a charming village which contrasts with the trendy celebrity side of its beaches of Pampelonne. The heart of the village is built in the form of a snail.

Shops and cafés hide in secret alleyways.
The ochre façades and the pastel coloured shutters are decorated with jasmine, honeysuckle and bougainvillea.

A seafront spreading from north to south, from Cape Pinet to Cape Taillat, with its rocky shores made of granite (Cape Camarat, Cape Taillat) and its white sandy beaches, especially the beach of Pampelonne spreading over 4,5 km and the beaches of Bonne Terrasse and l`Escalet.

After the XVIth century citadel and the early XXth century fishing village, Saint-Tropez, the first city that was liberated after the Provence Landing in 1944, became in the 50s a worldwide renowned seaside resort of the Côte d´Azur, thanks to the trend initiated by artists of the French New Wave, then by the yé-yé movement. It eventually became the European and American jet sets holiday resort, as well as that of tourists looking for Provençal authenticity or famous people.

The inhabitants are called Tropéziens and in France, the town is familiarly called Saint-Trop.
Saint-Tropez is located on the south-east coast of the Var departement, on the Saint-Tropez peninsula, that marks the border the eponymous gulf. The town is set in a crescent around the Baie des Canebiers, over the whole peninsula that spreads over a six per four kilometres rectangle.